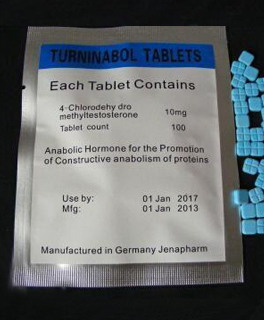 First we wanted to clarify the comments made as to the test results and laboratory data. Dr. Catlin was quoted in the article in the excerpt below:

“The one (DHCMT) case where I looked at the laboratory data, I didn’t think it was very good,” he said in an interview with Sportsnet.

Asked what that meant, Catlin, who has overseen drug testing at multiple Olympics and years ago received a grant from Major League Baseball to help develop a test for HGH, replied: “There’s a long process involved and I just didn’t think the laboratory did a very good job in demonstrating that the (DHCMT) metabolite was present in the urine. But I didn’t want to get into it because of a whole bunch of other issues.”

While that doesn’t necessarily exonerate the players, from a scientific perspective, isn’t that an issue?

Enough of an issue that a player can use it in appeal process?

And present a reasonable case, and perhaps even win?

“Yes. But that would be a huge concern for baseball and (the testing lab in) Montreal.”,

Because it would call into question the results of other tests and open the door for multiple athletes to contest their doping sanction?

“Right. I did not wish to get into it. But I was interested not so much in the chemistry, but in the source. The three baseball players I talked to were all adamant that they had never used it, didn’t know what it was. And that’s fairly typical, but it also suggests that there’s a source of it somewhere, and my view of it was that it was probably coming from a supplement that they all took.”

Please allow us to distill the intended meaning behind those comments in relation to Colabello, oral turinabol and the MLB positive drug tests. Before we begin, please consider that Dr. Catlin has been reviewing laboratory documentation packages for more than three decades, both those from his own UCLA Olympic Analytical Laboratory, as well as those from other laboratories in the WADA system. He is regarded in the anti-doping arena not only as one of the most renowned scientists but as one of its most frank individuals.

In this situation, Dr. Catlin was taking issue with the way in which the data in the documentation package was presented, not the underlying chemistry involved. This should not come as a surprise to our friend and dedicated colleague Christiane Ayotte, Ph.D., director of the respected Montreal laboratory; it is probably not the first time she has heard Dr. Catlin gripe about her doc packs (Madame Ayotte, malheursement le Don reste inchangé). Gripes aside, it does not mean the results were wrong.

Is it, “Enough of an issue that a player can use it in appeal process?” In Dr. Catlin’s view, if a documentation package is not presented in a clear fashion, it can leave room for athletes or their representatives and experts to attempt to construct a reasonable case to refute the finding. That is what he was alluding to in his response.

Before exploring potential sources of DHCMT, we wanted to comment on the DHCMT test itself, and the chemistry involved. Oral turinabol is an old drug that became infamous when it was the primary drug fueling the East German state-sponsored doping from 1968-88. The testing for the drug initially had a short window of detection of a few days. As research expanded on the drug and additional metabolites were identified, the retrospectivity of the testing improved to about 20 days.

In the last several years, a new long-term metabolite, referred to as the M4 metabolite, was identified that increases the window of detection to at least 40-50 days, perhaps longer. The chemistry of DHCMT, however, appears to be such that after 20 days only the long-term metabolite would be detectable, while the parent and other identifying metabolites would no longer be detectable. While not many drugs in the WADA system rely on the presence of a single metabolite to demonstrate the presence of a drug, doing so is certainly acceptable.

When validating such methods, it is commonplace to verify that there are no ‘false positives.’ Whether there could be a genetic anomaly that may produce a ‘false positive’ circumstance that did not present itself during the validation process remains a remote possibility that presents a difficult theory to explore. Many of the athletes in question have been tested before and did not produce positive results. Chasing an inconsistent anomaly could prove to be an endless pursuit. Cody Stanley’s circumstances certainly heighten the intrigue behind the theory, but it has yet to be considered or proven.

Unfortunately, limited research dollars are available to the anti-doping community and labs rightfully use those to validate and demonstrate new testing methods, as they have in the case of DHCMT. However, the community is certainly not afforded the resources to research all the theories on how a ‘false positive’ might occur. As you can imagine, we hear a lot of theories in that regard. If such a possibility does exist, we know our dedicated colleagues in anti-doping like Dr. Ayotte, the experienced folks at Kings College, Cologne, the UCLA Olympic Analytical Laboratory and others will be working diligently to evaluate it and further improve the testing platform for DHCMT.

As for the potential sources of DHCMT, unfortunately it is not hard to find. A quick google search for supplements that contain DHCMT or oral turinabol brings up at least ten different websites where you can buy the drug in pill form. It is clear that oral turinabol remains available, likely through raw material providers in China or elsewhere. Unfortunately, many of these raw material providers also offer legitimate and legal supplement ingredients to the supplement marketplace, leaving open the real possibility for inadvertent contamination of benign products.

In that regard, we recommend that athletes take supplements that have been certified to be free of banned substances by an independent third-party—through programs like ours at BSCG Certified Drug Free® or the others you can explore on our comparison chart. Make sure to evaluate the technical details of such programs to ensure they provide adequate protection against banned substances. Athletes should verify that a particular lot number has been certified to ensure a representative sample of what they consume has been cleared of prohibited drugs.

Since DHCMT remains prevalent online and as a raw material, it is plausible that a contaminated supplement could have been responsible for the rash of recent DHCMT positive drug tests. Several supplements included on the USADA High Risk List present oral turinabol concerns, like Alpha-4D, OrlaTEST, and Osta RX. Osta RX was labelled to contain the banned substance ostarine, a selective androgen receptor modulator (SARM), but instead testing revealed the presence of oral turinabol.

However, since multiple athletes are involved, who use a variety of different supplements, the possibility of a single point source of DHCMT being a single supplement product common to the athletes is unlikely. The players say they were using only certified supplements, so that possibility is further diminished. Whether there could be widespread trace contamination of a single ingredient that may have resulted in multiple supplements being contaminated with trace amounts of DHCMT seems like a slim possibility but still in the realm of consideration.

Ultimately, the following scenarios remain plausible in regards to Colabello, oral turinabol and the MLB positive drug tests: The athletes in question took oral turinabol after purchasing it online as part of a doping regiment that had worked in the past, believing the window of detection was still narrow. There could be contamination coming from dietary supplements, or their ingredients, that resulted in trace findings for the long term DHCMT metabolite in the various athlete urine samples. Finally, there is the theory that a common genetic anomaly, or another substance related to DHCMT that is present in the environment, could produce the same long-term DHCMT metabolite used for detection in trace amounts in some athletes—remote possibilities that have yet to be demonstrated.

A few questions remain open, but none seem to present a significant possibility of providing an explanation. Nonetheless, we will certainly be watching with great intrigue to see if the burgeoning list of DHCMT positives continues to grow in MLB and elsewhere.